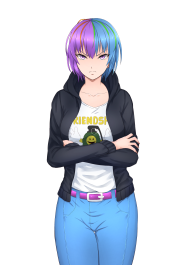 Amber Ryann is a professional gamer who climbed her way up to the top of the leaderboard of a game called Blaze Auras. Behind the keyboard, she is as extroverted and colorful as they come; however, when she’s out in public, she becomes the most introverted person with a severe case of social anxiety. She will only talk to those she trusts and even still, she’ll never spill her guts about a subject unless it’s something she’s fully interested in.

During his off time, Sebastian is a professional gamer in the fantasy MMORPG Shadow Wing. The rest of the time, he is the owner of a geek culture store called Things N’ Stuff. Sebastian didn’t want to be a business owner but his father, Jeremiah Carmichael, insisted that he learn how to run a business so he could, one day, inhereit his father’s company. Sebastian would much rather spend his time gaming more than anything else. He ends up employing Amber as a way to satisfy one of his father’s orders of managing a staff of workers but he grows closer to Amber as time goes on and becomes her one and only friend. Sebastian has a very snarky and sarcastic side to him and isn’t afraid to crack a joke at your expense. 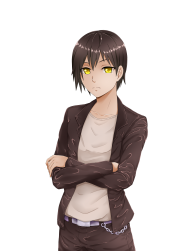 Kaito is a customer who often frequents Things N’ Stuff. He recently got into playing Blaze Auras. Before Blaze Auras, Kaito loved to play both first-person shooters as well as fighting games. He is originally from Japan but moved to the United States for family business reasons. While he seems like a normal person, he has his insecurities, especially when it comes to those he interacts with. 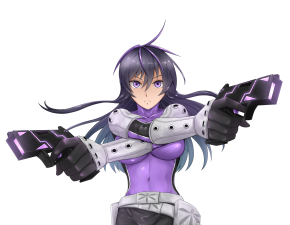 Khaine is a hybrid class character in Blaze Auras. His primary class is a Jungle Stalker while his secondary class is a Time Lord. Khaine heavily relies on melee attacks and uses the Time Lord’s spells for defense as well as offense. The Jungle Stalker’s stealth also makes for a great defense but the class combination only has a few damage avoidance abilities and doesn’t have any damage mitigation/reduction abilities like other classes and requires a higher skill level to play effectively.

Lynn is an outgoing, extroverted audiophile with a punk rocker look. Her outwardness can seem a bit overbearing at times. After meeting Amber at the Legacy of Champions tournament, she is on a personal mission to befriend her. She is the handler of Triggabyte, a Jungle Stalker / Time Lord class combo, similar to Khaine although her skills using the class seem to be higher than his. When she’s not playing Blaze Auras, she creates her own original audio tracks that she sells online.

Jeremiah is the father of Sebastian Carmichael and is an angel investor. His company, Capital Investments, will invest money into startups in exchange for profit and high returns. He pampered Sebastian as a child in order to gain his favor so that when the time came, he could hold that generosity over Sebastian’s head. The goal was to guilt-trip Sebastian into becoming the successor to his company. Jeremiah is also the benefactor that is keeping Things N’ Stuff open. He sees Amber as an eyesore and doesn’t want the store to be associated with someone like her.

Daniel McDevitt is a lead developer at Nickname Studios, which creates the game Blaze Auras. He is also the host and creator of the Legacy of Champions tournament. Daniel can be very business-like when it comes to public relations but when he is up close and personal with the players and fans of Blaze Auras, he’s more down to Earth than one might imagine.

Takumi Karume is Kaito Akihiko’s best friend. Like Kaito, Takumi and his family moved from Japan to live in the United States but for a completely different reason. Takumi is the one responsible for getting Kaito into Blaze Auras. He has a very warm and welcoming personality and is always thoughtful and respectful, the direct opposite of Kaito. Kaito often thinks of him as his own personal sun and someone who keeps him in balance. 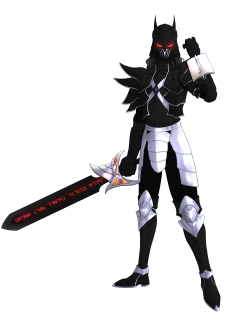 Versaithe is a hybrid class in Blaze Auras. His primary class is a Dark Knight while his secondary class is a Holy Warrior. His style is built around prolonging matches, wearing opponents down, and finishing them when their resources are depleted 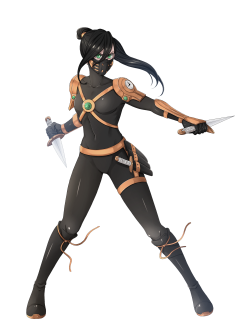 Triggabyte is a hybrid class character in Blaze Auras handled by Lynn. Like Khaine, she is a Jungle Stalker/Time Lord hybrid class; however, unlike Khaine, she sports parts of the Time Lord armor set. While she has some similar skills to Khaine, her skill set is different as Lynn boasts a higher skill rate with the class.

The Reaver class is the ninth class in Blaze Auras. The class was added to the game with The Underhollow expansion set. The Reavers are a class spawned from the Dark Knights who took their necromantic powers and perfected them. A Reaver can steal more than your health… they can steal your attack power, run speed, even your resource meter! They can use your power to buff their own or they can use it to create shields for defense. Their weapon of choice is a scythe made from technology. While most attacks require them to be in melee range, the scythe can extend and add a little bit of distance, making them mid-range fighters.

The Arcanist Class is a ranged damage-dealing class that can amplify the power of their spells, command the arcane to transport their physical bodies short distances, and call down powerful meteors from the sky. They are low on defense but make up for it with a high-powered offense, making them a proverbial glass cannon. High-skilled players will find ways to survive and part of that is using the terrain and mobility spells to trap your opponent and set them up for lethal doses of damage! 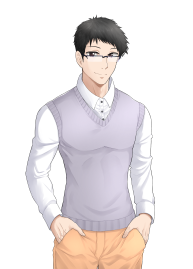 Yuujiro Akihiko is Kaito’s father and is a scientific researcher in the field of Computers and Information Technology. A native of Japan, Yuujiro and his wife Akane were presented an opportunity to come to the United States in order to learn new methods of producing technology. Their decision wasn’t an easy one; however, Kaito approved of it and moved to the United States with them. Yuujiro and Akane are often taking business trips around the country but are home on occasion.

Akane Akihiko is Kaito’s mother and Yuujiro’s wife. Akane met Yuujiro working for a private research sector in Japan. The two of them are scientific researchers in the field of Computers and Information Technology. Akane enjoys spending her free time reading as well as researching her favorite flower: the rose. She has a warm personality as a mother with a dry sense of humor as she often makes Kaito think he’s being scolded when she’s just having a bit of fun at his expense.

Kaiza was soundly eliminated by Amber during the second Legacy of Champions Tournament. Kaiza has carried a chip on his shoulder this entire time and wants nothing more than to have his name recognized as one of the best players in Blaze Auras. However, he never gets that recognition and it drives him mad. Because as such, Kaiza is a loner who feels he doesn’t need friendship or compassion. He doesn’t care if the entire world becomes his enemy. All he cares about is name recognition. With a very short fuse and a disregard for how he treats others, Kaiza may end up getting his name known for all the wrong reasons.